The first race of the season at the Hillsborough Community College, Brandon Campus saw clear skies, moderate temps and a very fast track with a nice seal coat to make it very smooth.
A special thank you to Alex Ambrioso and the entire HCC Administration and Electrathon Team for being a great host for our first race of the season. 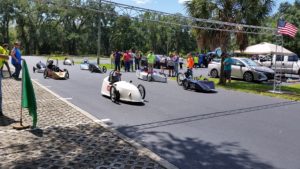 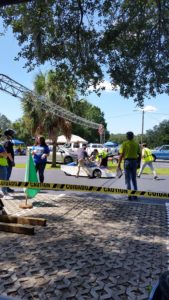 A High School team from Palm Bay Magnet, over on the other coast, made their debut with a Blue Sky car and took a 1st place finish in the 1st race and a 2nd Place in the second race. A first for a new team. In the second race Palm Bay had continuing problems with the chain drive and spent many laps on the side of the track. Great first race appearance for this new and upcoming team.
The Mulberry team had a brake problem in the first race which left the door open for the new guys. In the second race they were back to their energizer bunny routine and racked up over 100 laps.
The Brooks team started the race in the pits working on their car and got a late start. They did better in the second race.

In the Open Class it was the AARP crew battling it out with Tiger Racing, Jim Robinson and Silver Bullet Racing, Rodney Schreck battling it out with Silver Bullet racking up 209 laps to 204 laps for Tiger Racing. The HCC home team started the first race in the pits but finished the day with a respectable showing in the second race. The HCC team has been challenged with student changes and older car parts, we believe they have a great new team and will be a team to keep an eye on as the season continues. Titan Racing had a total rebuild of their #242 car and were working on minor adjustments so that they are ready for the next race. Titans are another team that is up and coming with a new driver Victoria Hobbs.

In the Advanced Battery class University of South Florida and ProEv picked up where they left off last season. VERY FAST and racking up large lap counts.
Cliff with ProEv had a good day but came up short to the USF team which set a track record of 127 laps in the 1st race and 253 laps for the day.

From The Pits A shout out to the HCC team for their help with the new guys. The Palm Bay team had problems with their batteries and the HCC team was able to help them out so they were able to race the second race.

Our South Florida and East Coast Teams, Tiger Racing, ProEv, Robinson Racing, Electrocutioners, and Palm Bay Magnet came thru the hurricane threats in good shape. One of our Electrocutioners missed the race for the lame excuse that he was getting married on Sunday. What was the problem, we raced on Saturday. Congrats to Steve Lamson aka Slam and his new wife (he now has a pit crew).

Our President, Charlie Harrison missed his first race officiating with some excuse about having to have a stint put in one of his arteries. His wife Debbie filled in and did a great job.

Coming out of retirement for this race was Ken Fiallos, our past President and Founder, who ran the scoring and stats, Charlies job. Charlie will be back for the next race.

Speaking of the next race. We were scheduled to be at Daytona International Speedway in October for a multi day display. That has been postponed to sometime in the future. Mulberry High School has stepped up and offered to host a race in that time slot. As of Monday September 23, 2019 approval has been obtained for a race on October 12, 2019 at Mulberry HS. This was due to a very dedicated Sponsor, Todd Thuma that has been an outstanding addition to the Electrathon of Tampa Bay Family. Originally, the Daytona Event was scheduled to have no race fees charged to teams nor season points awarded. The Mulberry Race that is replacing the Daytona Event WILL be a race with entry fee and WILL have season points awarded.

Order of Finish for the day when both races are combined:
High School Class:
1st Place – Mulberry HS 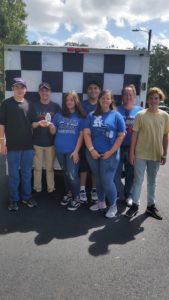 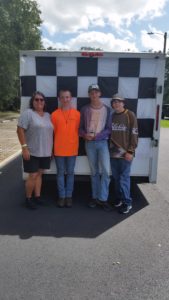 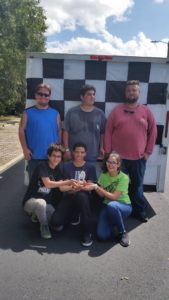 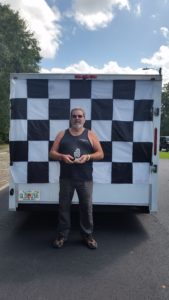 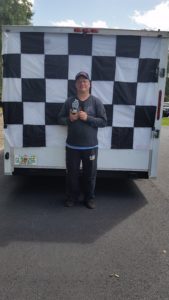 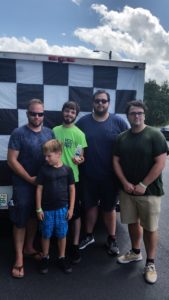 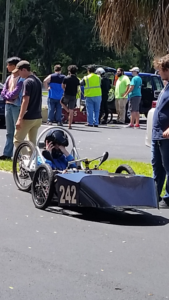 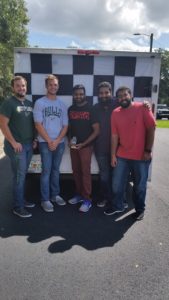 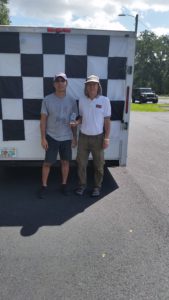