We had a great race day on Sunday at Buckingham Field in Lee County.

As the teams lined up for the new course at this event, the green flag dropped and the cars started their journey across the 1.748 mile track.

Our new team Fortuna continued to have issues causing the car to drop power sending them in and out of the pits. Team Titans came in hot to our 180 squealing tires and sliding through it.

At the end of the first race our open division teams  did rather well. In the lead with 17 laps and best lap time (212.257) of all cars in race 1, Archer Racing

followed by Titans with 13 laps

Tiger Racing and Mulberry were tied with 12 laps each.

In our Advanced Battery Division, Team Fortuna completed 2 laps and managed to be on the track for over 10 minutes to receive season points. 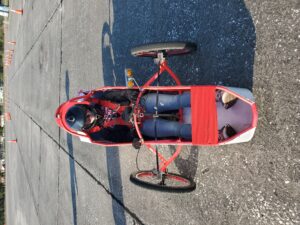 Between races we noticed one of our folks car had a flat tire on their vehicle and here came the various pit members to the rescue. A big THANKS to everyone that helped especially Mike as he had a tire repair kit. The tire was removed, plugged, inflated and back on the car before the next race. 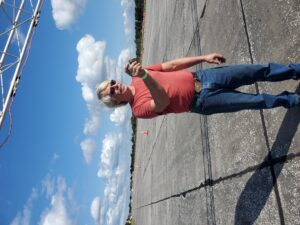 A few teams made adjustments to their cars between races. As the teams lined up for the second race, you could see the determination in the drivers as the first race was so close.

Archer Racing made a super fast pit to change a tire in the second race causing all of us to say WOW.

Fortuna came up the track towards the scoring tower with a front wheel almost laying on its side. Apparently a nut came off of the front wheel assembly, the pit crew jumped in and made it a quick easy fix and back on the track they went.

Mulberry came into our 180 turn a little fast and wound up outside the track area in the safety zone before returning safely on the track.

The race was so competitive that the teams finished within a lap or two of each other causing the scoring for the day to be determined by the total race times.

At the end of the second race Archer Racing finished with 15 laps and the best lap time in the Open Division of 210.320 followed by Mulberry and Tiger tied with 14 laps and Titans with 13 laps.

Our Advanced Battery Fortuna Team completed 13 laps and the best lap time of the day for any team with 193.671. Towards the end of the second race the Fortuna car pulled quickly into the pits, no vehicle issues could be seen (with 2 minutes to go, and most likely could have finished with 14 laps) the driver had to make a pit stop (restroom) of their own.

At the end of the day the scoring area was busy logging the data and adding up the race times to get the official place for each team.  A very close race as three teams finished the day with a total of 26 laps.

In the Advanced Battery Division it was Team Fortuna, Driver Victoria Hobbs with a total of 15 laps for the day, setting the fastest lap for this new course with a 193.671. 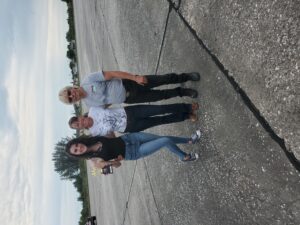 In the Open Division, Archer racing, Driver Steve Archer completing 32 laps for 1st Place with a best lap of 210.320. Archer Racing has set the most laps count for this new course with 17 laps in a single race and 32  for a race day. 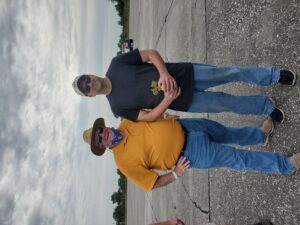 All three of the other Open Division Teams finished the day with 26 total laps sending it down to the total race time to decide. In 2nd Place Team Titans (Driver Brady Weber) had 26 laps with a total of both race times of 115 minutes. 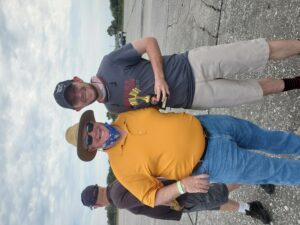 Mulberry (Driver Todd Thuma) took 3rd Place with 26 laps and a total of 117 minutes for both race times. 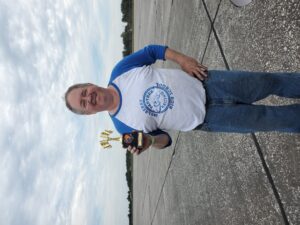 Tiger Racing (Driver Rodney Schreck) took 4th Place with 26 laps and a total of 119 minutes for both race times. 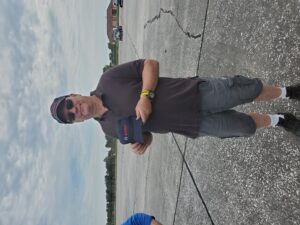 We took the number of laps for each day to determine our Grand Champion for this two day racing event. Archer Racing had a two day total of 91 laps. 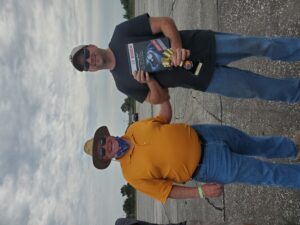 Our next race will be at Wharton High School in Tampa Florida on January 9, 2021. Hope everyone has a safe and healthy holiday season.